The official charter was presented to Post 572 representatives at a local banquet in the Green Room, St. Angelus Hotel on April 16, 1953.

This post is named in memory of Herbert E. Smith Jr. and Marcellus Douglas “Doug” Bryant Jr. Both men were US Army Air Forces aviators who died in major aircraft accidents in September and June 1942, respectively. Second Lieutenant Smith was killed on September 22, 1942, in a ferry-flight crash of his P-38 (2-engine pursuit fighter) near Middleton, Pennsylvania. He is buried in Calvary Catholic Cemetery here in San Angelo. Aviation Cadet Bryant was killed on June 22, 1942, in the crash of his BT-14, tail number 40-1122, near Seguin, Texas, while on a training flight from Randolph Field in San Antonio. He is buried in Fairmount Cemetery also here in San Angelo. 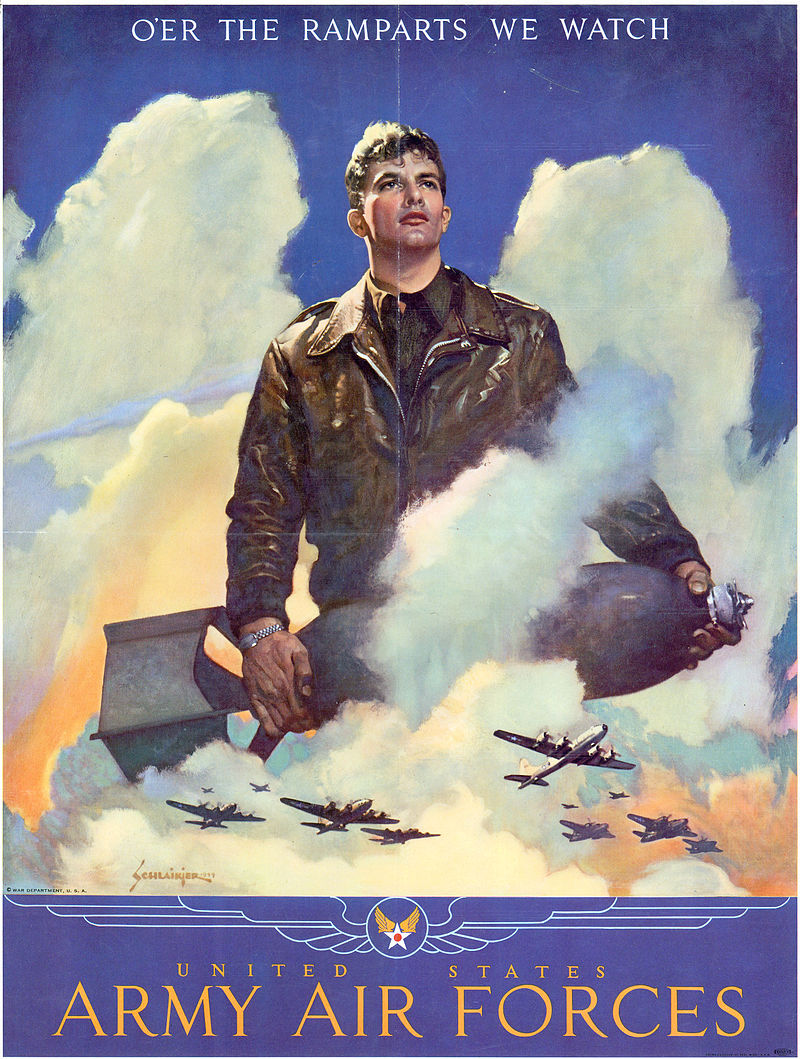 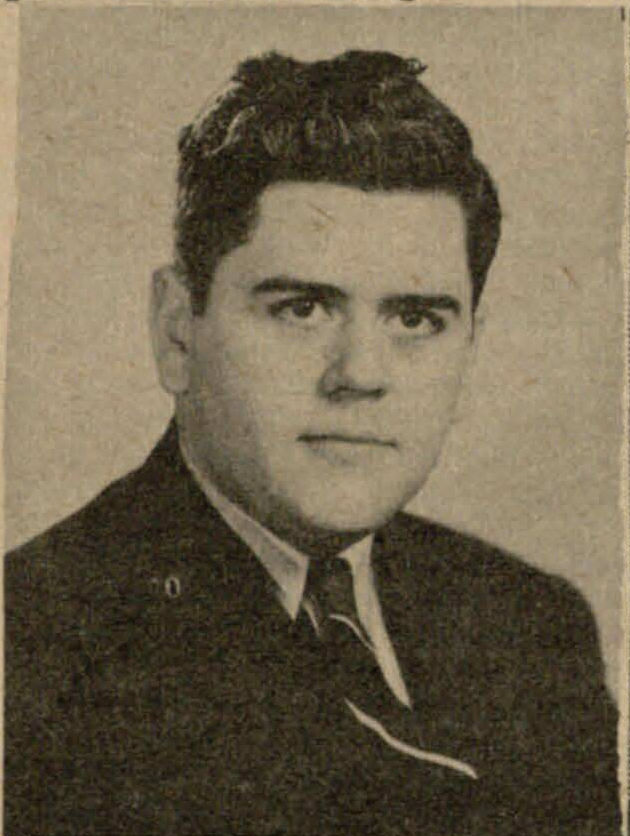 Post 572 is in possession of a scrapbook prepared by Delia McIntire in 1964 in memory of her friend Mr. Ed Gee.  Ed Gee was a life member of Post 572 and was very active, including serving as Post Commander and Division Commander in 1962/1963. The scrapbook is fragile and many of the pages are stained, brittle, and either stuck together or otherwise unreadable. Fortunately, several San Angelo Standard-Times newspaper articles are dated and will serve as great research guides to locating microfilm copies hopefully available in the Angelo State University West Texas Collection archives.

At the time, it was stated in a newspaper article by then-commander of the James J. Goodfellow Post 32, R.A. ‘Dick’ Robertson, that Post 572 was formed by a nucleus of discontented members of Post 32. Robertson referred to them as “gripers” and that Post 32 would not be unhappy to see them go. This was one man’s opinion of the dedicated veterans who started Post 572 and laid the foundation for what has become the outstanding veteran's service organization it is today nearly 70 years later. A grand legacy indeed.

This history page will be expanded as more information and copies of photos and documents become available. 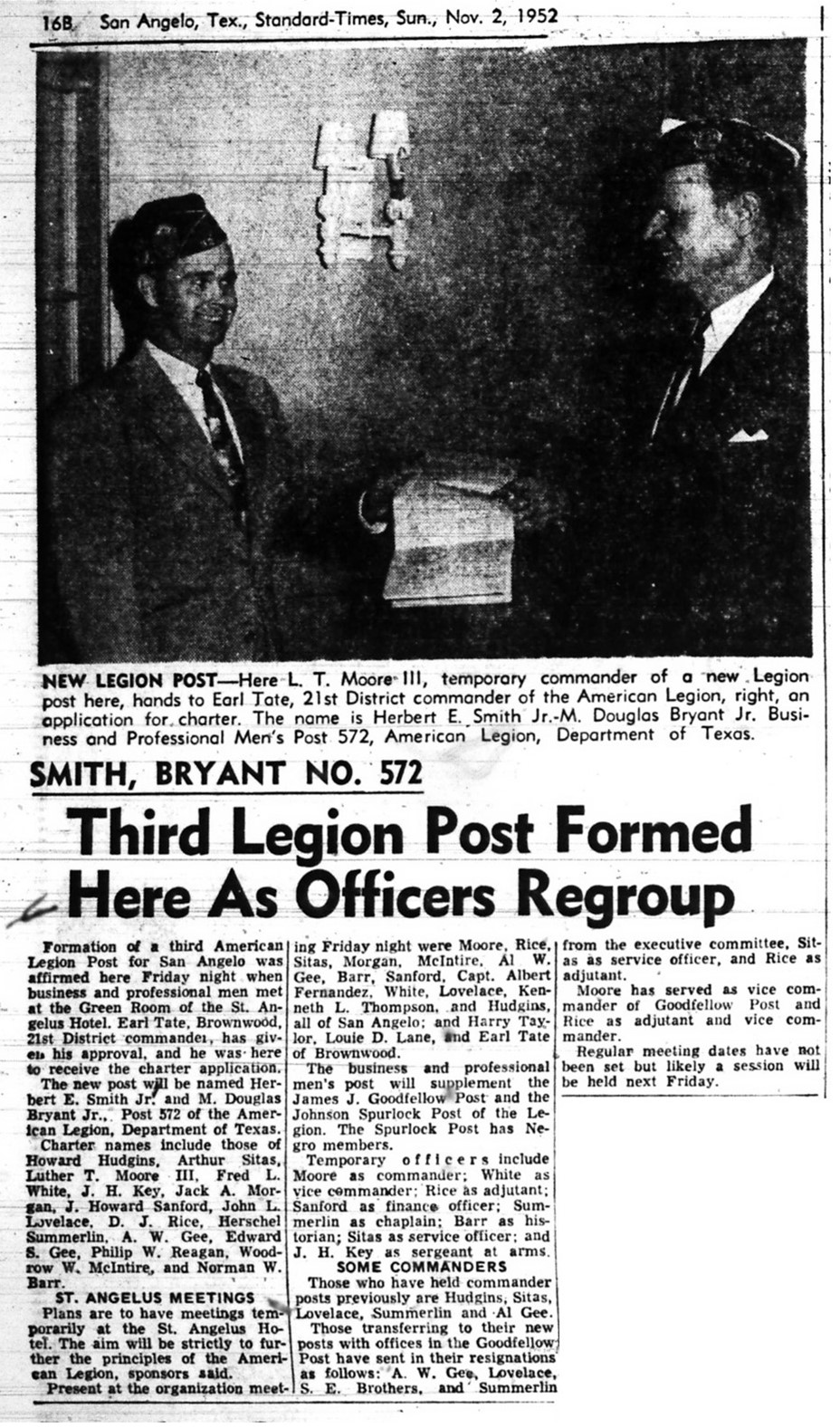 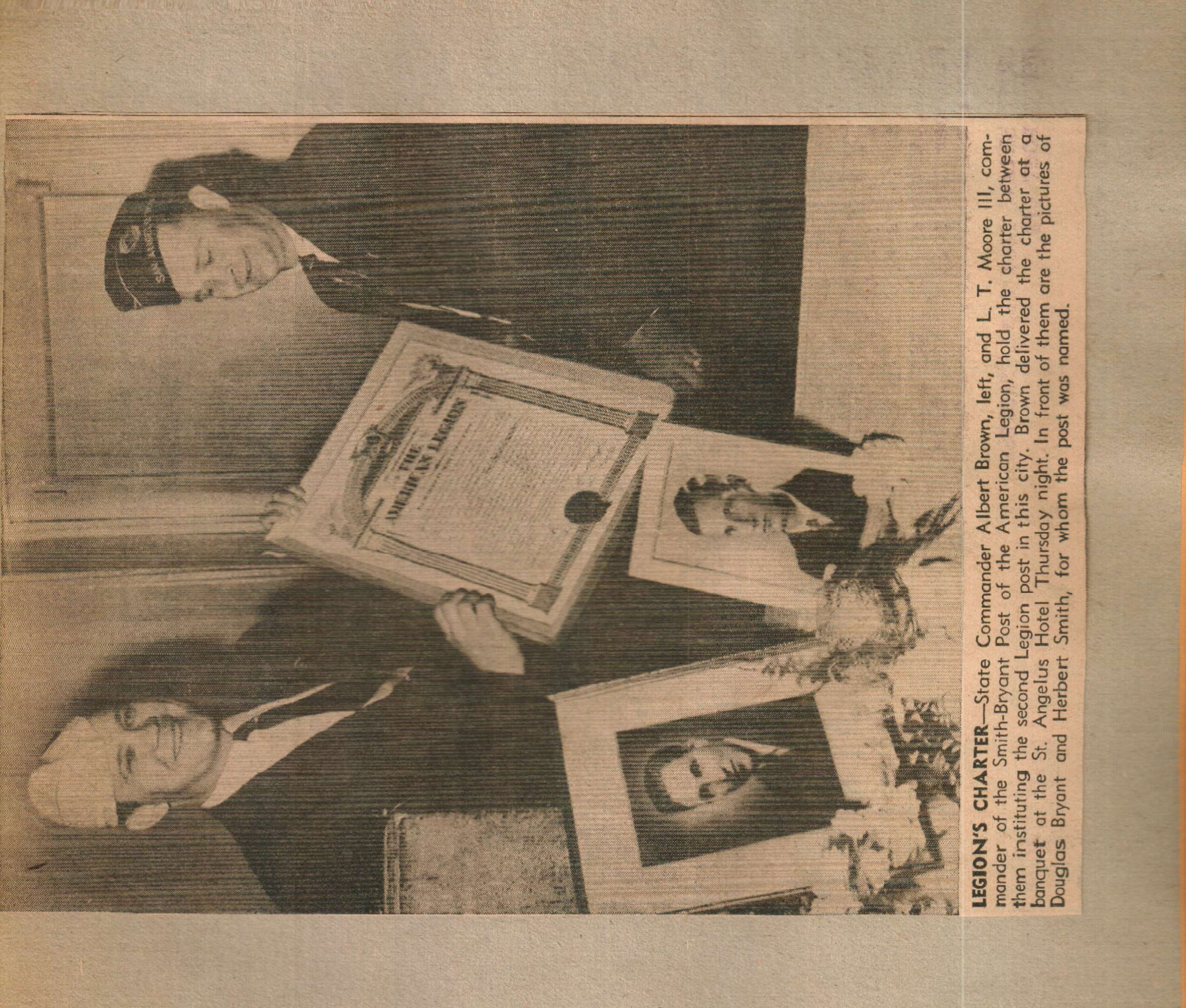 These news stories were downloaded from the Angelo State University West Texas Collection of the Standard-Times microfilm collection and scanned from a Post 572 scrapbook from 1964. Additional clippings will be posted as we continue the historical research for Post 572.

Join Us and Keep this History Alive