This listing of veteran service organization special events is provided as a courtesy of American Legion Post 572.

VSO's may submit event information (flyer or prepared text) via email to: info@txlegion572.org. The Post 572 website manager will send a receipt notification to event POC's if/when events are added to this webpage.

This is a dynamic listing in date-order of events. Event information will be removed from this webpage as soon as possible after the event closing date. Email us at info@txlegion572.org for more information.

Scroll down for event flyers. . .

It took over 30 years for two dedicated blood donors, David Adriansen and Sandy Davis, to become eligible to give with the Red Cross again. This summer we welcomed them back with open arms and their sleeves up.

In June, the Red Cross implemented FDA updates and simplified  blood donation deferrals for individuals who spent time in certain European countries that have few chances of spreading Creutzfeldt-Jakob Disease (CJD) and variant Creutzfeldt-Jakob Disease (vCJD), commonly known as “mad cow disease.” Donors previously deferred for risk due to time spent in low-risk European countries, time spent on U.S. military bases in Europe or for use of bovine insulin, may now be eligible to give if they meet all other eligibility requirements.

We recently spoke to David and Sandy, who were previously unable to donate blood because of their potential exposure to “mad cow disease,” while they lived in Europe in the 1980s. David was deferred after honorably serving our country as a member of the United States Air Force and Sandy after being deployed as a U.S. Army spouse. (David & Sandy are pictured left and right below.) 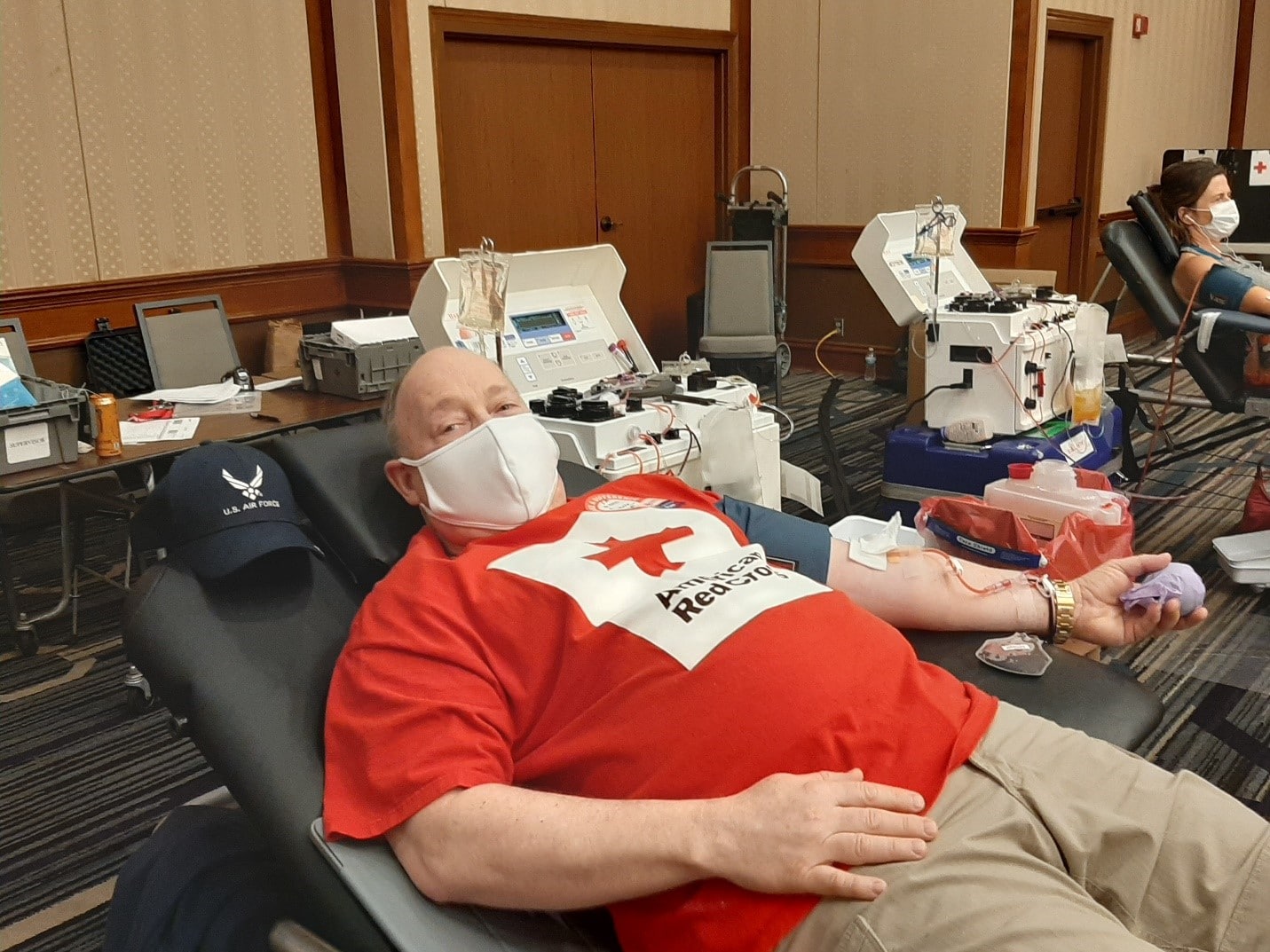 David, who has been a Red Cross volunteer for the last 46 years, was stationed in Spain from 1982-1984 while serving as a U.S. Air Force medic and emergency department supervisor. He checked every year to see if the FDA had changed their stance on the “mad cow disease” deferral.

His military travels took him all over the world, but one place he couldn’t wait to revisit was a Red Cross blood donation center. When he saw blood donation guidelines were updated this summer, he scheduled an appointment to give right away.

“Donating blood is the minimum and most impactful gift any human can do for another,” said David. “Being told for the last 35 years that I could not give just made the resolve stronger to give once allowed.”